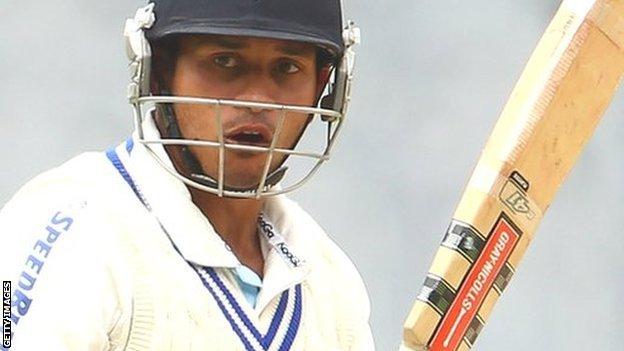 Derbyshire resumed on 233-8 and needed to reach 271 to avoid the follow-on but fell just three runs short of their target as they were bowled out for 268.

Derbyshire remain top of Division Two, nine points ahead of Hampshire with Yorkshire in third a further ten points back.