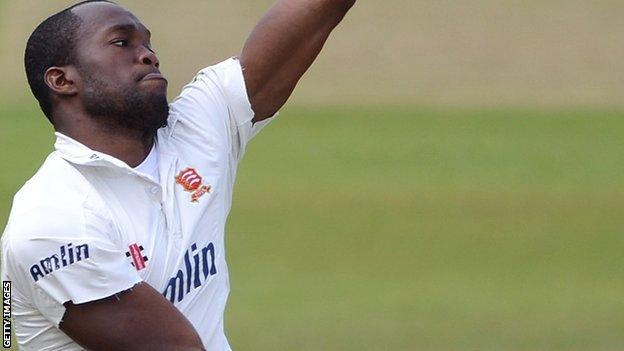 The hosts resumed in trouble on 9-3 in their second innings and soon slumped to 65-8, leading by only 18 runs, with Darren Stevens making 22.

Essex secured only their second victory of the season reaching 55-3.

Mark Pettini was unbeaten on 19, while Ryan ten Doeschate hit the winning run to end eight not out.

Despite taking only four points from the match, promoting-chasing Kent are a point behind second-placed Hampshire, with Essex a further 13 points behind in fifth.