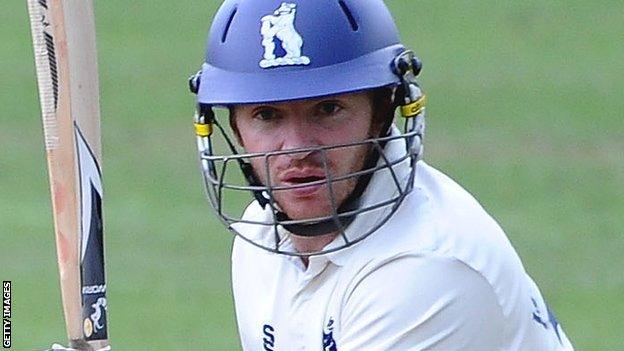 Warwickshire have moved 21 points clear at the top of the Championship with a seven-wicket win over Worcestershire.

With Somerset and Nottinghamshire drawing at Taunton, Warwickshire have a 21-point cushion at the top of the Division One table with four games to go.

This was Warwickshire's first win in six games and it completed a huge turnaround in the game as they trailed by 114 runs after first innings.

Worcestershire, who prop up the table and have only one win all season, are seven points adrift of safety but have a game in hand on their relegation rivals and host second-from-bottom Lancashire next week.