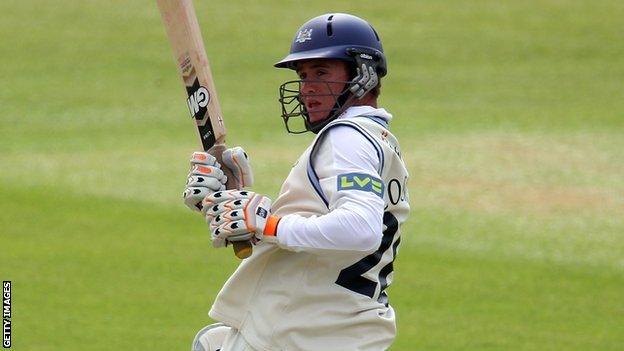 A century from Ian Cockbain helped Gloucestershire secure a draw with Hampshire in their County Championship Division Two match at Bristol.

Resuming on 102-4, Cockbain put on a partnership of 87 with Richard Coughtrie on his way to making 112.

Coughtrie was then dismissed as the hosts lost their last five wickets for just 48 runs to be all out for 277.

But the sides shook hands on a draw just two overs into Hampshire's second innings with Gloucestershire 272 ahead.