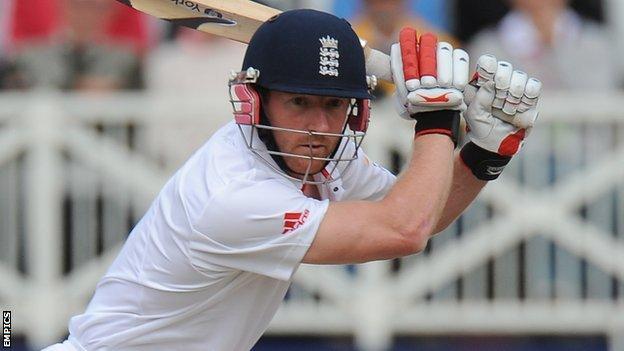 With a substantial lead of 181, Durham then seized further control, reducing Surrey to 69-5 at the close.

Surrey opener Rory Burns is unbeaten on 28 but the visitors still trail by 112.

After waiting 11 games for their first Championship win of the season, Durham are on the brink of a second successive home victory.

But the visitors are in danger of emerging from the match without a point.

The three bowling points gained for dismissing Durham for 310 could be lost because their over-rate reads minus three and, unless they can make Durham bat again, they are unlikely to have much opportunity to claw it back.

Durham duo Collingwood and Benkenstein both made their best score of the season as Durham gained three batting points, having picked up only two in the five previous home matches.pads.

"For the first time this season Durham are cruising to victory in the County Championship, a win which will see them jump three places.

"Phil Mustard had one stroke of luck when he was called back to the middle by umpire Jeff Evans after being given out lbw - when it was decided that he had hit the ball after all.

"The bowlers then reduced Surrey to five wickets down at the close. This should all be over on the third morning."