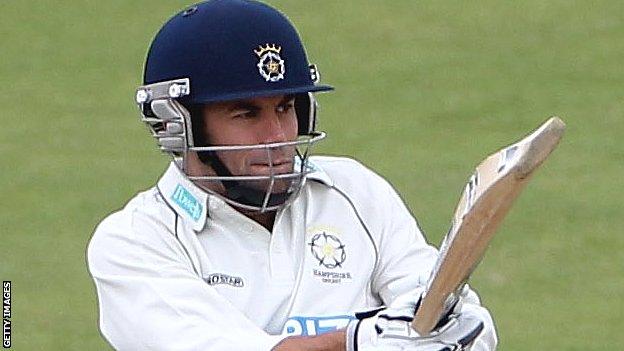 Neil McKenzie missed out on a century for Hampshire as Gloucestershire resurrected their chances of avoiding defeat on day three at Bristol.

But McKenzie's dismissal for 94 led to Hampshire losing their last six wickets for just 58 as they were bowled out for 276, a first innings lead of just five.

Gloucestershire closed on 102-4, 97 runs ahead, after losing those four wickets in quick succession.

That mini batting collapse, coupled with a good final day weather forecast, means that promotion-chasing Hampshire will fancy their chances of forcing victory to keep up the pressure on leaders Derbyshire.