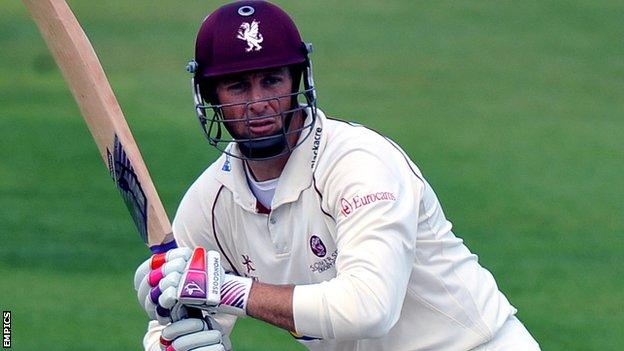 Fit-again Somerset skipper Marcus Trescothick claimed his first half century of the summer on a rain-curtailed first day against title-chasing Sussex at Taunton.

Trescothick hit an unbeaten 87 to help Somerset make 175-3 in the 51 overs possible before an early close.

Trescothick had scored only 28 runs in three Championship innings since his return to action following early season ankle surgery.

But he was in commanding form from the start as he looks to rebuild his confidence, sharing stands of 61 with Jones and 56 with Hildreth.

Heavy rain then soon produced puddles on the outfield, umpires Rob Bailey and Nick Cook finally abandoning any hope of a resumption after a final inspection half an hour before the scheduled close.