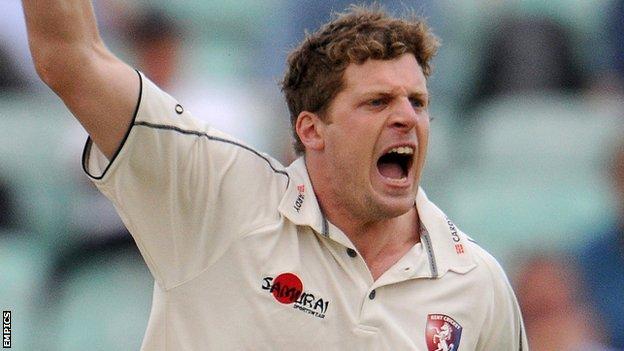 Northants recovered well after making a poor start on day one of their game against promotion-chasing Hampshire.

Hampshire's David Balcombe and James Tomlinson both took two wickets as Northants were in trouble at 98-5, despite Stephen Peters scoring 47.

However, a sixth-wicket partnership of 72 between Rob Newton (46 not out) and James Middlebrook (26 not out) rescued the visitors as they reached 170-5.

Hampshire are second in Division Two, 26 points behind leaders Derbyshire.