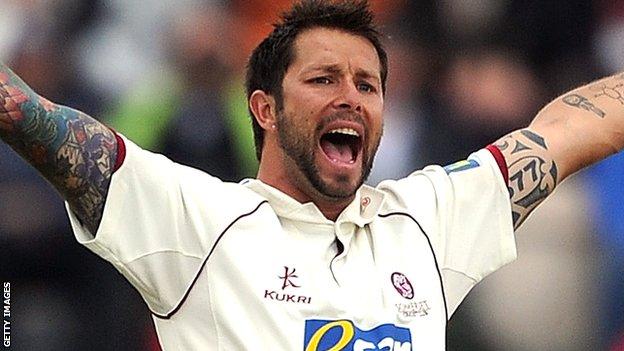 Only 8.1 overs were possible on day one at Taunton as Nottinghamshire closed on 18-1 against Somerset.

Persistent rain delayed play until 16:40 BST and the wicket to fall was that of Riki Wessels, caught by Marcus Trescothick off Peter Trego for six.

With rain falling again, umpires Ian Gould and Steve O'Shaughnessy decided to take the players off the field and play was soon abandoned for the day.

Notts included England players James Taylor and Graeme Swann in their side.

from the England line-up for their at Headingley to end a run of 43 successive Test matches, while Taylor made his Test debut.