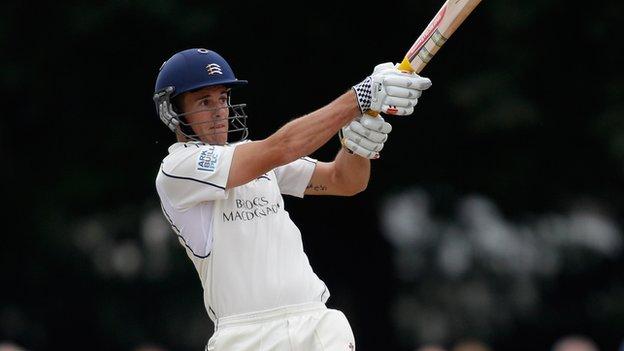 Title hopefuls Warwickshire returned to the top of the County Championship table but had to settle for a draw against Middlesex at rain-hit Uxbridge.

Any hopes of a result being contrived were ended by the final day weather.

Resuming on 104-3 following a delayed start, Neil Dexter hit 84 not out as Middlesex declared at tea on 181-5.

Warwickshire, level on points with title rivals Nottinghamshire at the start of the match on Wednesday, have now gone eight clear at the top.

But the Bears have not won now in five championship games after four rain-affected draws and a defeat.

The match was intriguingly poised with all three results possible going into the final day, but the teams were frustrated by a string of torrential downpours which washed out the morning session.