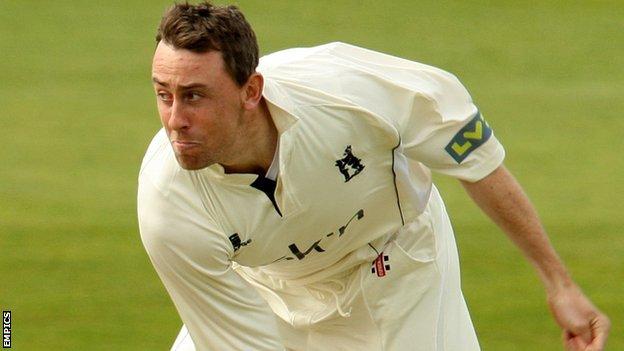 Warwickshire's Rikki Clarke produced his best bowling spell of the season as Surrey had to follow-on at Edgbaston.

But the visitors still trail by 247 runs going into Monday's last day after reaching 38-0 in their second innings.

Relegation-threatened Surrey made a poor start to Sunday when Arun Harinath failed to add to his overnight score of 44 and was caught behind by Richard Johnson off Keith Barker's bowling.

Chris Woakes removed both Zander de Bruyn and Jason Roy in the space of four overs before Clarke took the wickets of Steve Davies, Burns, Chris Jordan and Meaker.

Zafar Ansari (19 not out) and Burns (12 not out) then survived 18 overs, although Surrey face the prospect of having to bat throughout the final day to avoid defeat.