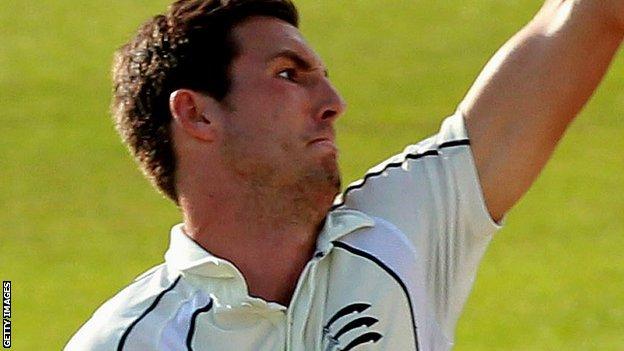 Steven Finn excelled with the ball but Middlesex need another 60 runs to beat Durham with five wickets remaining.

another 18 were taken on day two.

Middlesex added 41 to their overnight score to take them to 185 all out, before bowling Durham out for 200 as Finn finished with figures of 4-80.

The visitors then slumped to 0-2 and closed on 58-5 with Chris Rushworth taking 3-22, while Graham Onions and Callum Thorp took a wicket each.

Durham then quickly polished the innings off with Onions taking 3-38 and Ben Stokes 3-44.

The hosts were facing a two-day defeat and were in some trouble on 119-7 in their second innings, but Scott Borthwick (41 not out) and Thorp (36) added 60 in eight overs to at least set Middlesex a target.