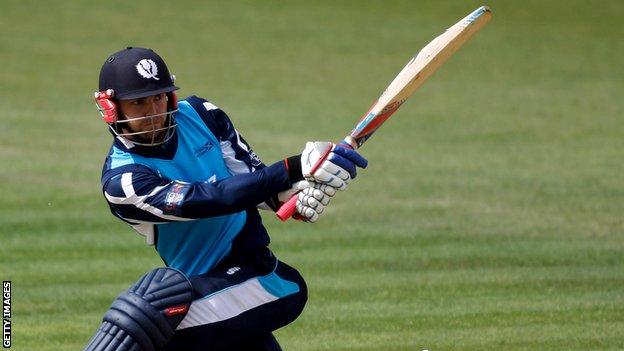 And Adam Voges finished on 64 not out as the Saltires were set a target of 265 for five.

Jean Symes (34) put up some resistance before a disastrous run out and Ryan Flannigan blasted a quick 38 but the Scots were all out for 177.

Gordon Goudie was the pick of the Scottish bowlers taking three wickets, including opener Lumb, from his seven-over spell.

But Patel and Voges, in particular, had the measure of the visiting attack and let loose with some big hitting.

Josh Davey was the first Scottish batsman to fall, with the score on 33, and the visitors reached 89 for three before wickets started toppling at an alarming rate.

Wicket-keeper Craig Wallace was the last man standing on 12 not out as he ran out of partners at the end of the 36th over.