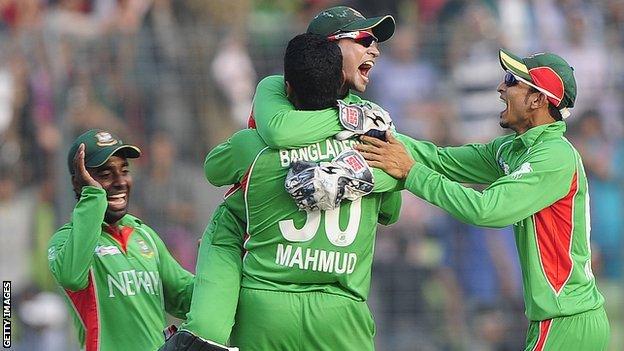 Scotland have named a largely unchanged squad to play Bangladesh in a Twenty20 international in the Netherlands.

The match takes place on 24 July, with the Scots facing Nottinghamshire in a CB40 match two days before.

Coach Peter Steindl has made one change from the pool which faced Canada on 12 July, with Calvin Burnett coming in for Matthew Parker.

"It will be our first T20 game of the summer and we know Bangladesh will prove a challenging prospect," he said.

A wet summer has forced the postponement and cancellation of several Scotland matches, which has reinforced the importance of the Bangladesh fixture for Steindl.

"This fixture against Bangladesh has taken on greater significance, as it is now our only opportunity to take on a full member in 2012," he said.

"However, I'm confident that if we can play an entire 40 overs, we are capable of putting in a strong performance."

Bangladesh got their European tour off to a winning start with a 71-run victory over Ireland in Belfast.