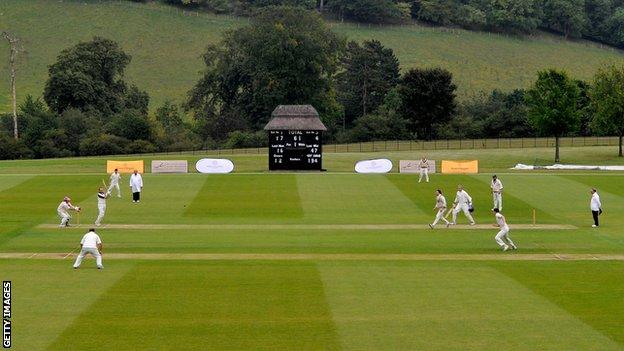 They beat Staffordshire by two runs at Leek on Sunday and will now face Cumberland at Wormsley on 29 August.

"It's been a lot of hard work to move forward after a number of retirements," he told BBC Wiltshire.

"We've rebuilt the team and they're doing tremendously well as it's surpassed all our expectations."

Wiltshire have progressed to the Trophy final on two previous occasions but lost out to Norfolk and Staffordshire respectively.

Staffordshire were reduced to 71-5 by the 23rd over but Ben McGuire and Paul Goodwin amassed 160, of which McGuire scored a century in 52 balls, including nine sixes, to pull them back into contention.

The hosts needed six to win from Mukesh Bhatt's over, but he took the wicket with the fifth ball leaving Staffs 278 all out.

"We're thrilled - it was a tremendous effort from the lads," added Shardlow.

"We snatched it right at the very end and it was a very tense finish and it was great to get through.

"We've beaten Lincolnshire, Devon and now Staffordshire who are very good sides so we're going to go up against a side we know nothing about - but we'll try and beat them as well."

The final of the competition has been moved to Wormsley, as regular venue Lord's is being used to host the London 2012 Olympics.