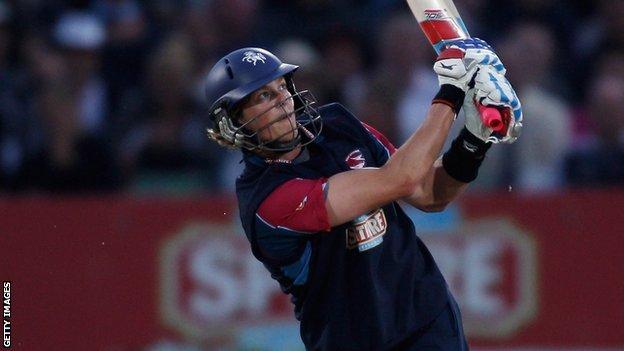 The 23-year-old opener made 35 and 54 not out against the Proteas in the tour match at Canterbury, against one of the best seam attacks in world.

"The one thing that struck me was his composure at the crease," Rudolph told BBC Radio Kent.

"He put the pressure back on to the bowlers, he's definitely a future England candidate I think."

Having been a permanent fixture in Kent's first team since 2009, Northeast was dropped at the start of the season.

But Northeast plundered runs in the second team and since being recalled into the first team has impressed in all formats of the game, including two impressive opening partnerships with Daniel Bell-Drummond in the draw with South Africa.

Rudolph said both young players demonstrated the qualities need to make it at the top level.

"You're facing one of the top bowling line-ups in the world and the way they played was controlled," said the experienced South African.

"When they had the opportunity to score runs, that's what they did. For both of them it's good futures."