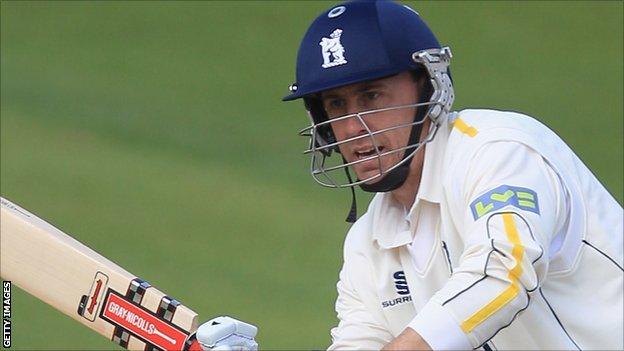 Rikki Clarke hit a run-a-ball century as Warwickshire moved to the top of Division One by taking maximum bonus points in their draw with Sussex.

Off-spinner Jeetan Patel then took 5-77 as Sussex were all out for 191.

Having taken 11 points from the match, Warwickshire are now one above Nottinghamshire with a game in hand.

Warwickshire's run scoring had been stalled by Monty Panesar, with the spinner claiming 4-95, before Clarke helped them on their way to five batting points.

Having put on 96 from 61 balls in an eighth-wicket partnership with Keith Barker, he followed up an impressive spell at the crease by claiming three Sussex wickets for just 19 runs, including England wicketkeeper Matt Prior.