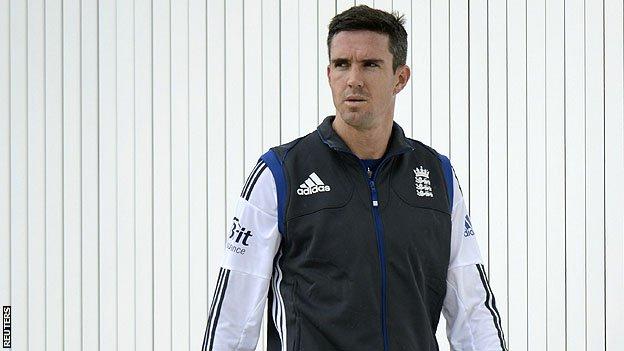 Pietersen hinted on Friday that talks had begun which could see him reverse his decision to quit the short forms of the game.

"Kevin is always welcome in the England side," Miller told 5 live Sportsweek.

"He is a quality, talented international cricketer and you want your best players representing you."

After hitting a double century for Surrey against Lancashire on Friday, Pietersen commented: "I've said before that, if the schedule was right, I would love to play for another three or four years in all forms of cricket.

"But the schedule is a nightmare. I hope something can be sorted out."

BBC cricket correspondent Jonathan Agnew said Pietersen would have to "prove he is committed" to representing his country in all forms of the game if a return is to be considered by the England and Wales Cricket Board and England coach Andy Flower.

And Miller said it is a prerequisite that Pietersen be prepared to meet the governing body's playing demands, but does not think a U-turn from the Surrey batsman would be a problem for other England players.

"We can't just look at the World Cup, we have to look further ahead and make sure we can plan and manage players' workloads, but he has to make himself available for how England want him to perform for us," he added.

"Our changing room is very good and it's a very pleasant place to be and [changing his mind] wouldn't be a problem whatsoever.

When asked about the prospect of Pietersen returning, Flower told the Mail on Sunday: "As things stand at the moment, no, there isn't [any chance].

"The situation is the same as it was when he first approached us. The ECB are determined to protect all three formats of the game and part of that is not setting a precedent of allowing players to retire from one-day cricket alone."