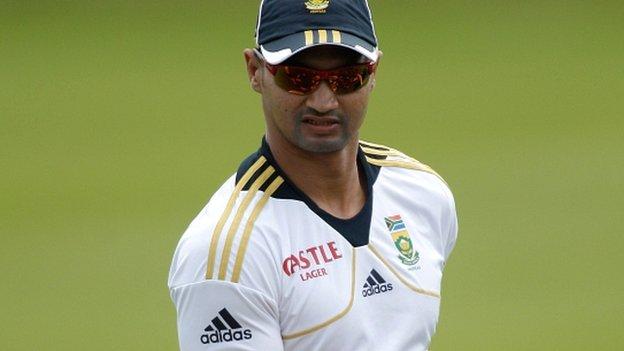 South Africa batted for just 90 minutes against Kent before rain washed out the middle day of their final warm-up match before the first Test against England.

But South Africa's assistant coach Russell Domingo said he was "not worried" by the lack of preparation.

"We had such a good week of preparation in Switzerland - the guys were almost saying 'we're mentally ready to play already'," he said.

"They're fired up to go and do this."

Petersen was trapped lbw by Simon Cook, adding to Graeme Smith's wicket on the opening day.