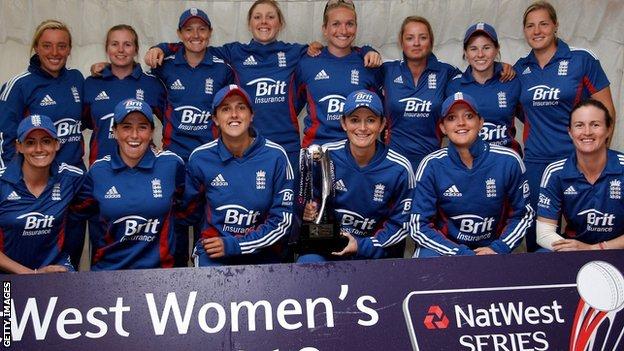 England beat India by 29 runs on the Duckworth-Lewis method to win the one-day international series 3-2.

The hosts, who lost the first two games, were 124-4 chasing 153 when rain ended their reply after 36 overs.

Lydia Greenway was unbeaten on 37 after sharing a stand of 57 with Arran Brindle (25).

England's new-ball pair of Katherine Brunt and Georgia Elwiss had earlier reduced India to 15-4, but Harmanpreet Kaur's 40 helped them to 152-8.

Charlotte Edwards's side are next in action against Pakistan and West Indies in September as they build up towards the Women's World Twenty20 in Sri Lanka later that month.