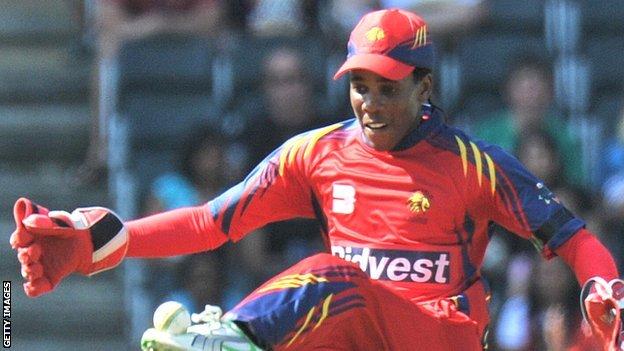 South Africa have called up wicketkeeper Thami Tsolekile for the tour of England following the retirement of Mark Boucher.

Boucher was forced to end his international career after suffering a serious eye injury during a tour game against Somerset.

Tsolekile, 31, will join up with the squad ahead of the three-Test series.

He is unlikely to play in next week's first Test at the Oval with AB de Villiers expected to take the gloves.

"Thami has done very well with both the Lions and South Africa A for a couple of seasons," said Cricket South Africa selection convener Andrew Hudson.

"With AB de Villiers also able to fill the role of wicketkeeper in the Test series it gives the tour selectors options in this important position."

Tsolekile has three Test caps, all of which came in 2004 when Boucher was sidelined, while he has 132 first-class appearances.

Last week, he took a record eight catches in a single innings for South Africa A against Sri Lanka A in Durban.