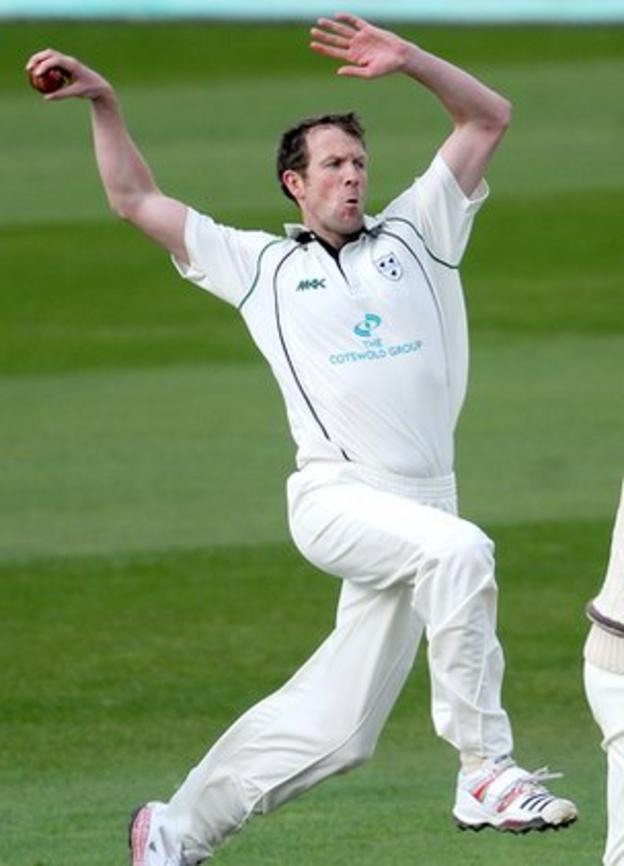 Worcestershire paceman Alan Richardson made an encouraging return from injury with two wickets against Durham at New Road as Championship cricket resumed.

Richardson removed both visiting openers either side of lunch, when Durham were 72-1 from 24 overs.

Two afternoon rain interruptions meant only a further 18 overs were bowled, in which the home side took three wickets.

Jack Shantry took the other two to leave Durham on 127-4 when play was finally called off for the day.

Opener Mark Stoneman top-scored for Durham with 38 as both sides got going again in four-day cricket after a relentless month of Twenty20.

But, on his first start in two months following a shoulder injury, it was Richardson's day, as last season's top Championship wicket taker took this summer's first-class tally to 28.