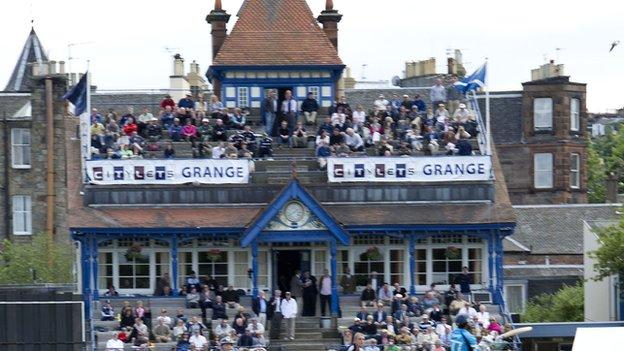 Scotland's World Cricket League double-header against Canada will not take place at the Grange because of flooding at the Edinburgh ground.

Cricket Scotland is currently trying to re-arrange the fixtures, scheduled for 9 and 11 July, for another ICC-accredited ground.

A decision will be made by cricket's governing body, the ICC.

The matches had been moved from Mannofield as the Aberdeen ground is facing repairs following vandalism last year.

Scotland were due to play the Canadians in an Intercontinental Cup match at Bothwell, but rain forced play to be abandoned on all four days.

However, as a result of the abandonment, both sides were awarded 10 points for the match, moving Scotland up to second place in the table.