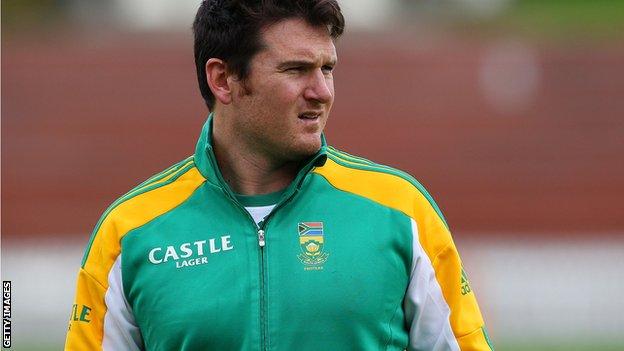 Graeme Smith believes South Africa have the quality to replace England at the top of the International Cricket Council's (ICC) Test rankings.

The tussle between the number one and two teams in the world will get under way at The Oval on 19 July.

England start the three-match series defending a one-point lead over South Africa at the top of the rankings.

But South Africa captain Smith, 31, said: "We hope getting to number one can be a reward for our consistency."

The Proteas have arrived in England for the tour, which also includes five one-day internationals and three Twenty20 matches, following March's 1-0 victory in a

"We have been touching the top of the rankings for a long time now," added Smith.

"We've been top two and top three for a long time and are now very close to the pinnacle.

"We come here with a degree of quiet confidence. We have performed well away from home for a period of time now."

Smith and his players have prepared for the demanding series with a training camp in Switzerland, which included biking and climbing on mountain peaks in the Alps.

"We scaled a few Alps and it was three or four of the toughest days physically that the guys have had in their careers," added Smith.

"It was a good three days in terms of breaking down mental barriers and getting the mental confidence to come away and to perform on tour in England."

South Africa play their first tour match in a two-day encounter against Somerset at Taunton on Monday, 9 July, a match you can follow on BBC Radio 5 live sports extra and the BBC Sport website.