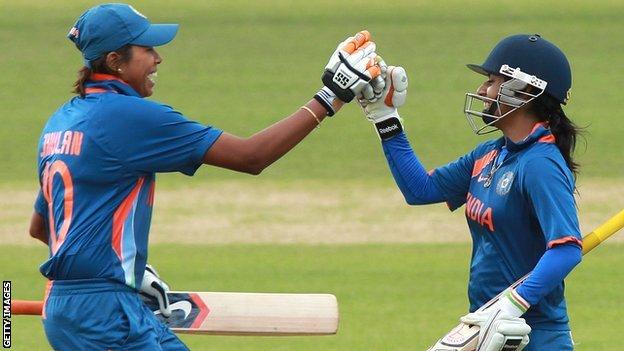 India captain Mithali Raj struck an unbeaten 94 from 111 balls to lead her side to end England's 18-match winning run in the first women's one-day international at Lord's.

England made 229 all out with Arran Brindle striking 58 off 73 balls.

Earlier, the in-form Sarah Taylor (38) and Tammy Beaumont (27) had added 62 for the second wicket.

But opener Poonam Raut (60) and Raj helped the tourists to a five-wicket victory with three balls to spare.

England had come into the five-match series following a 2-0 victory in the Twenty20 series.