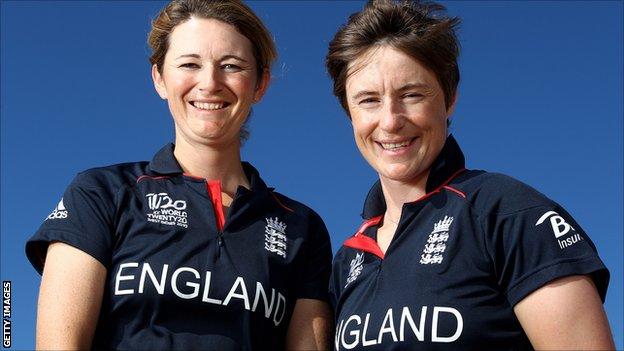 Edwards, who is the current England captain, is one of only a handful of players to have received the honour during their playing career.

Taylor retired from internationals in 2011 but still plays for MCC Women.

She famously became the first woman to be nominated as one of Wisden's five cricketers of the year in 2009, shortly after starring in England's World Cup victory.

The pair were presented with their caps before England women's one-day international againt India at Lord's on Sunday.

"In my time as president, few things have given me more pleasure than awarding honorary life membership to two such outstanding cricketers who are a credit to the game," said Hodson.

"Both have made the most of their exceptional talents for England, but they have also been fantastic ambassadors for MCC."

Taylor added: "It is a huge honour. It was a total surprise, but a fantastic one, and I'll look forward to joining the early morning queues outside the Grace Gates before Test matches."

As well as owning Lord's, MCC also retains worldwide responsibility for the laws and spirit of cricket.