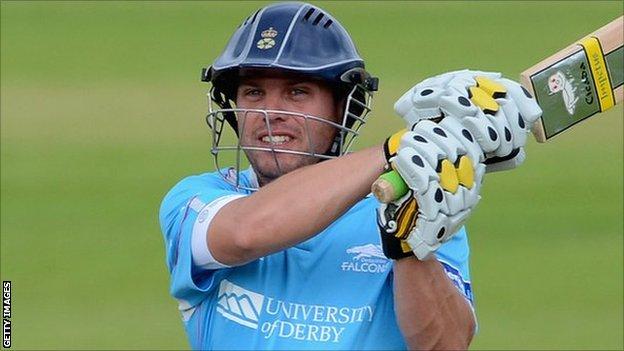 Durston, opening the bowling for Derbyshire, removed top scorer Steven Croft for 48, having had Stephen Moore stumped for nought in the first over.

His half-century came from 24 balls and, despite a flurry of wickets late on, Derbyshire made it home by three wickets with seven balls remaining.

It was only their second win of the group stages - the other had come against Lancashire in a rain-affected clash earlier in the tournament.

Gary Keedy (2-20) and Glen Chapple (2-32) caused some late nerves for the visitors, who move off the bottom of their group at Leicestershire's expense.