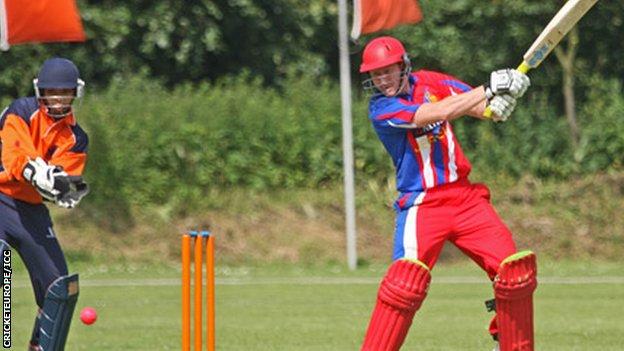 Jersey came runners-up to Netherlands 'A' for the second season in a row as they lost by 16 runs in the final of the Continental European Championship.

Batting first, the Dutch hit 130-4 as Shahbaz Bashir scored 53 not out while Joe Mayes took two wickets for 15 runs.

In reply the island side struggled after Ed Farley (29) and Anthony Kay (23) put on 47 for the opening wicket.

Andrew Dewhurst (38 no) was the only other islander to get more than four as five batsmen failed to score.

It was a disappointing end to what had been a good Twenty20 tournament for the island side in Schiedam.

They got a tie with the Dutch in their opening group fixture as both sides made 127 with Farley getting the tournament's top score of 70 not out.

They followed it up with a five-wicket win over France as teenage bowler Corne Bodestein took 3-10 runs at his first senior tournament while Ben Stevens took 3-11 before Jersey cruised to their target with more than five overs to spare.