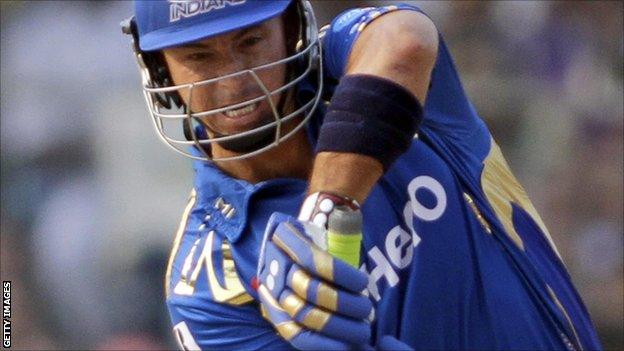 Durham batsman Herschelle Gibbs remains confident the Dynamos can qualify for the Friends t20 quarter-finals after Wednesday's win against Derbyshire.

Victory leaves Durham three points behind leaders Yorkshire in the Northern group, with four matches remaining in the pool stages.

"Our group is tight, no one is getting away," Gibbs told BBC Newcastle.

"We've got to keep persevering and if we do the basics as best we can there's no reason why we can't qualify."

Gibbs' own form has picked up after a slow start to his career at Chester-le-Street.

The 38-year-old smashed an unbeaten 83 from 58 balls to edge Durham towards their 132-run target in the Derbyshire success.

"Kiwis should stick to their rugby anyway," Gibbs joked.

"The cause is for the team, it's always nice to get runs and especially to see the lads over the line which is the most important thing.

"If it's your day you have to make it count, and hopefully I'll have a few more days."