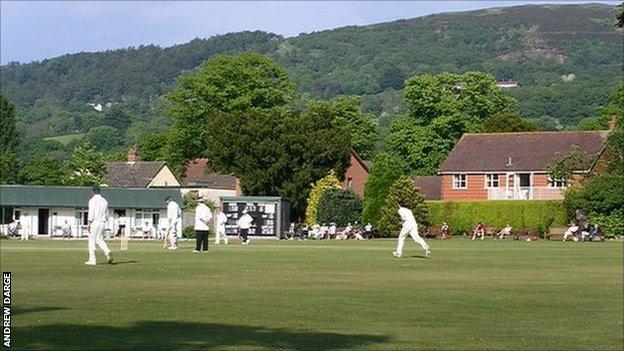 Herefordshire's Minor Counties Championship clash against neighbours Shropshire was washed out after a third successive rain-hit day at Colwall.

After a total wash-out on Sunday, wet run-ups delayed any start until after tea on Monday, at which point the game was reduced to a one-innings contest.

In the three hours' play possible, Herefordshire closed on 154-4.

And they managed just 11 overs of play on the final day, Brad Wadlam making 63 as the home side reached 196-5.

Shropshire went into the annual meeting with their local rivals looking for a second straight Championship win after opening their campaign with victory over Cheshire at Bridgnorth a fortnight ago.

Herefordshire's first fixture, at home to Cornwall at Eastnor, was also badly affected by rain.

Shropshire are back in Championship action again on 8 July when they take on Berkshire at Falkland, while Herefordshire start their next three-day game the same morning against Devon at Sidmouth.