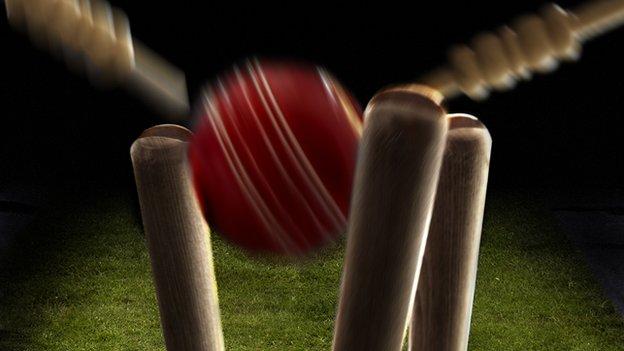 Having earned maximum points last week, they went down by nine wickets to Mourant Ozannes on Friday before losing by seven runs to JT Giants at Port Soif the following day.

Mourant Ozannes became the new leaders after beating bottom side BDO by 61 runs to go two points clear of Cenkos.

BDO have still to win this season after losing by nine wickets to JT Giants.

Justine Meades starred for Mourant Ozannes in their win over Cenkos by hitting 73 not out off 49 balls, including three sixes and eight fours.

His first-wicket stand of 109 with Paul Franks (44) ensured they reached their target of 122 with more than three overs to spare.

Earlier, Tim Ravenscroft made 50 for Cenkos but two wickets each for Lee Savident and Pierre Moody meant their total was well short of what was needed.

In Mourant's victory over BDO, Franks top-scored with 41 and Ross Kneller made 30 in a score of 139-5, which proved more than adequate as the bottom side were restricted to 78-7 in reply.

JT Giants remained third in the table, but just half a point behind Cenkos after beating them by seven runs.

Opener Will Adkin hit 41 as the Giants totalled 120-7 before restricting Cenkos to 113-7, despite 33 from Jeremy Frith and 29 by Ravenscroft.

They then beat BDO by nine wickets as they restricted the bottom side to 107-7 before hitting 111-1.