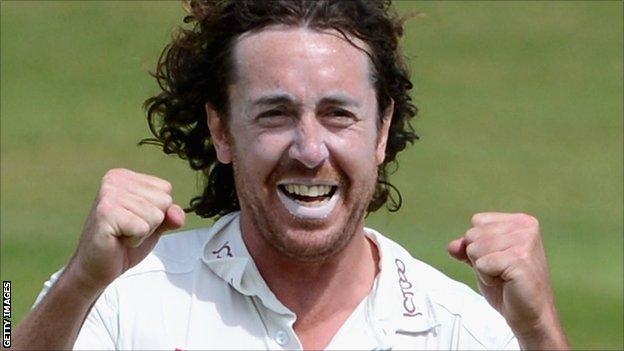 However, Durham's batsmen failed to support opener Herschelle Gibbs (76) as they were bowled out for 159.

Gordon Muchall (16no) was the next highest scorer for the home side.

Australian import Mitchell Starc impressed with the ball for the visitors taking three wickets, while Ben Stokes took 2-15 for Durham.

"It's not every day you score 76 and end up on the losing side but that's the joys of T20.

"The last couple of overs of their innings, Dave Miller batted well and they just got a little bit away from us.

"There are fine margins in this game and maybe one or two partnerships have cost us. But Ashraf bowled well again for them and there was some great death bowling from them with their yorkers."

"Having seen Yorkshire smash 171 you got the impression it was going to be difficult for Durham to win. But some fine hefty batting from Herschelle Gibbs put them well ahead at halfway.

"But, while he was smashing boundaries for fun, nobody else did and, with him gone, Durham completely lost their way.

"Well done to the Yorkshire bowlers for pulling it out of the fire. A rare chance for a Durham double over them sadly went begging though."