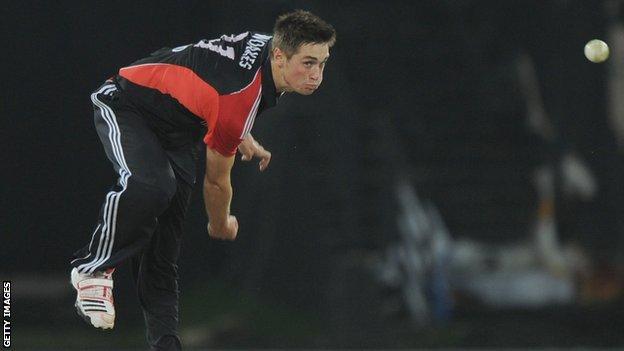 Warwickshire all-rounder Chris Woakes has been added to England's one-day squad for the series with West Indies to replace Jade Dernbach.

Surrey's Dernbach has been released from the squad on compassionate grounds in the wake of the death of his county team-mate Tom Maynard.

West Indies batsman Darren Bravo is out of the series after flying home with a groin injury.

Chris Gayle is his likely replacement for Tuesday's game at The Oval, but is having a scan on a shin injury before confirming his fitness.

West Indies lost the first game of the series at Southampton on Saturday.

The final game is at Headingley on Friday.