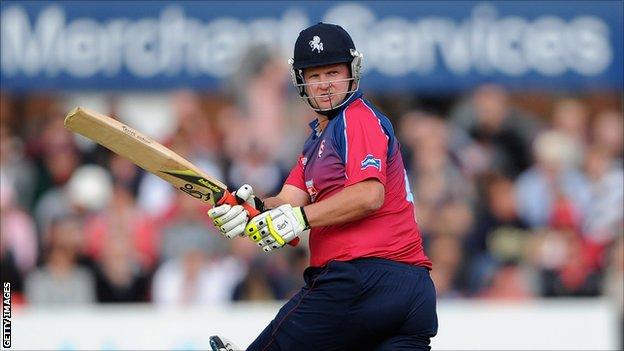 Key's 51 not out from 46 balls, aided by Darren Stevens (43no), guided Kent to a comfortable victory.

Earlier, Surrey lost Jason Roy to the first ball of the innings and struggled to recover as they posted 116-7.

Gary Wilson's unbeaten 53 proved to be the only resistance, as Kent raced to their first win in the FL t20 this year with more than three overs to spare.

Wilson was dropped twice during his innings, which helped Surrey to a slightly more competitive total.

But it was not enough as Key and Stevens put on an unbroken stand of 69 in eight overs to complete an easy win.

Kent's only other scheduled match so far, was washed out without a ball being bowled.

Surrey, meanwhile, saw their 100% record ended, having won their previous two matches against and