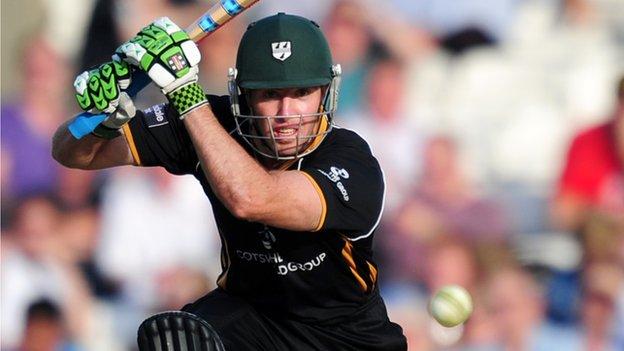 Worcestershire were given a scare by Minor Counties neighbours Shropshire as they warmed up for the FLt20 campaign with a 13-run win at Shrewsbury.

James Cameron was the top scorer with 44 as Worcestershire were limited to 144 from their 20 overs.

Shropshire looked well set at 62-1, but then lost four wickets for one run.

Two wickets in an over from Daryl Mitchell were followed by another from the first ball of the next by Moeen Ali as Shropshire folded to 110 all out.

Former Staffordshire all-rounder Joe Leach, who is also on Worcestershire's staff, also performed creditably for the home side.

He followed his 2-16 to make 23 with the bat, while home skipper Ed Foster, another to have played in the past for Worcestershire's Second XI, top scored with 31.

Shropshire's performance was encouraging, just a day after opening their Minor Counties Championship campaign with victory over Cheshire at Bridgnorth.