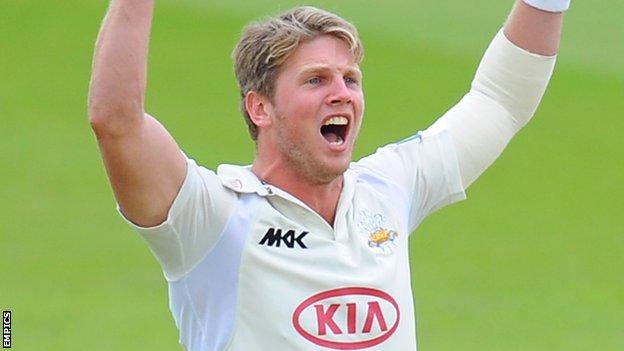 Stuart Meaker completed a career-best 8-52 at The Oval but still could not force a Surrey win against Somerset.

Resuming on 154-7, Somerset were bowled out for 180, Meaker taking the last three wickets to set a victory target of 305.

But skipper Rory Hamilton-Brown (70no) and Gareth Batty (33) saved their side from defeat as Surrey closed on 239-7.

"We lost the right to win that game on the first day and we let them get 70 or 80 too many.

"They were in the box seat for three of the four days, but the resilience we showed to get out of it with a draw was a good result.

"Meaker is a match-winner and if the ball swings, he is as good as anybody around. He is someone opposition batsmen fear."