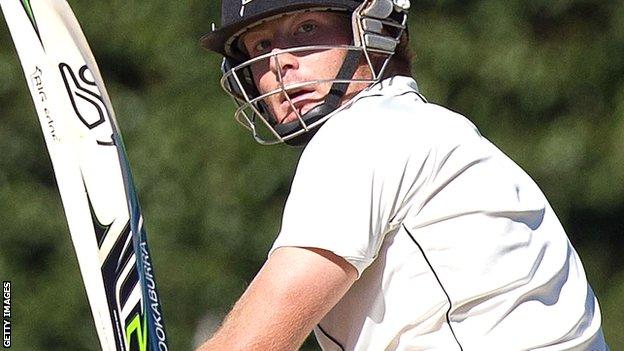 New Zelander Guptill made 132, five short of his previous

But Glamorgan only have themselves to blame for the difficult position they find themselves in, dropping Guptill three times.

Skipper Mark Wallace failed to cling on to a difficult chance down the leg side with the New Zealand opener on 17, while Nick James dropped a routine catch at mid-off with him on 65.

Guptill completed his ton from 143 balls and Simon Jones then fluffed a simple chance at backward point to compound Glamorgan's misery.

Paul Borrington was earlier a maiden first-class wicket for Reed and the 23-year-old was the man to get rid of Guptill, lbw when trying to whip the ball through midwicket.

Madsen patiently moved to his second hundred of the season from 192 balls to leave his side with a good chance of completing a Championship double over Glamorgan and a third victory of the season.