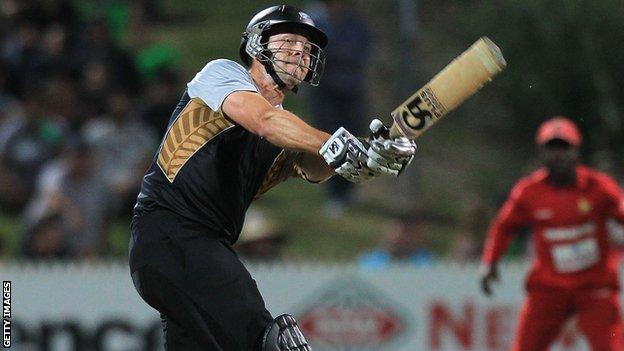 The 31-year-old is currently appearing for Mumbai Indians in the Indian Premier League.

He will join Australia paceman Peter Siddle at Essex for the start of the English Twenty20 competition in June.

"He is a genuine all-rounder in this format and adds further quality to the squad," said coach Paul Grayson.

Franklin, a left-handed batsman and seam bowler, has played previously for Glamorgan and Gloucestershire.

He has made made 66 runs in four innings in the current IPL tournament and averages 15 from 18 international Twenty20 innings, as well as taking 49 wickets at an average of 35.71.

"We are delighted to welcome James to the club. He obviously has huge county cricket experience having played here a few seasons," added Grayson.

"Franklin has shown his ability in the 20-over format of the game with his outstanding IPL record."