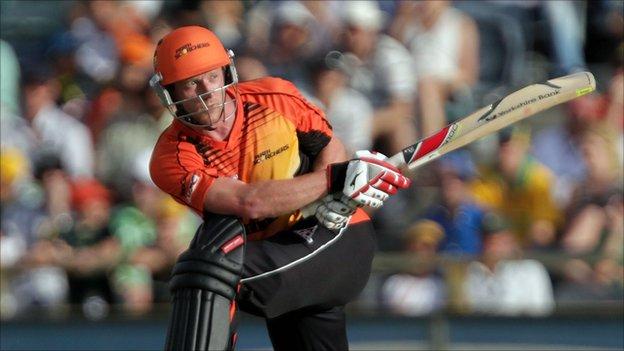 The 35-year-old was ruled out with a virus but is named in the squad for the trip to Middlesex on Thursday.

"He's looking forward to getting back in the Durham squad."

Colingwood, who figured in the last seven County Championship games of the 2011 season following his return from a knee injury, spent his off-season at the Big Bash tournament in Australia.

That form earned the former England Test player a new deal at Durham for 2012.

Meanwhile Steve Harmison continues to make progress on his return to match fitness.

However with Graham Onions, Callum Thorp and Mitch Claydon all performing well in the opener against Nottinghamshire, the 33-year-old has not been included.

"I think he got six or seven overs down in Middlesbrough and they're vital," Cook added.

"He's gone down to play a four-day match in Essex, and he's going to be an important part of what we achieve as the season goes on.

"He's a little bit behind the lads who have bowled well in the last four day match, Mitch Claydon was terrific, polishing off the tail with some aggression and that's where Stephen's been strong in the past.