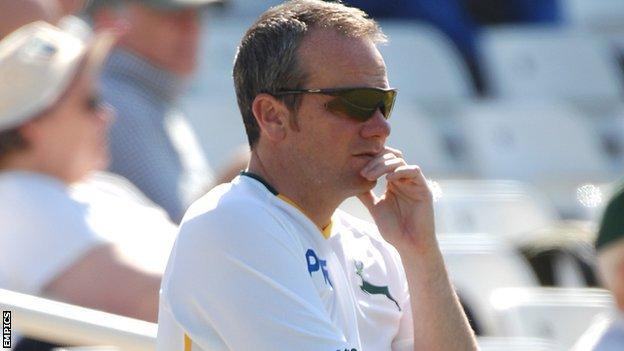 Nottinghamshire director of cricket Mick Newell says his side's seam attack has been key to their good start.

Notts have beaten Worcestershire and Durham in the last two weeks.

Newell told BBC Radio Nottingham: "Our bowling line-up is not full of international bowlers, but not too many teams are at the moment.

"I am very happy with the bowlers we have and I am happy with the two lads, [Harry] Gurney and [Jake] Ball, that can't get into the squad right now."

Notts began their first-class season with a rain-affected draw in a warm-up game against Loughborough MCCU and have since won two successive Championship matches to put them top of the early-season table.

"If we're going to be competitive we are going to need all of our seam bowlers," added Newell.

"We like to play at least four in every match and we had five in this one against Durham.

"So we are going to need a good group of seam bowlers fit and able to play."