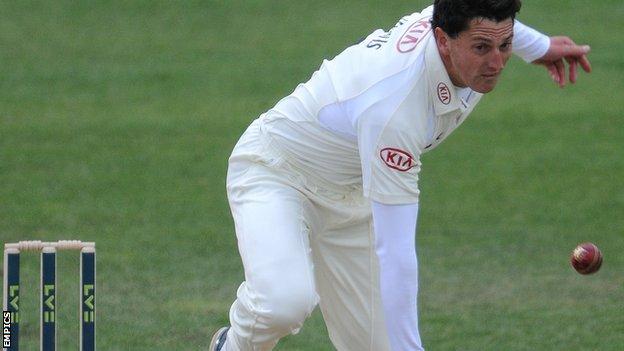 The hosts had looked in control as they held a first-innings lead of 34 and were on 65-2 in their second innings.

"Surrey should wrap up victory on the final morning after an extraordinary third day.

"Middlesex looked to have taken control with a reasonable first innings advantage but a stunning collapse in the afternoon session turned the game in the visitors' favour.

"Even with four wickets down, Surrey should be able to knock off the required runs but wickets have usually come in bunches and maybe one final twist is left in the game."