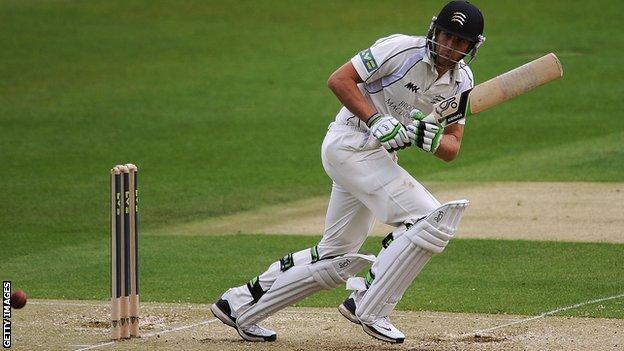 Dawid Malan scored an unbeaten half-century as Middlesex recovered on the opening day of their Championship match with neighbours Surrey.

Middlesex slumped to 129-7 with Sam Robson (40) the only other top-order batsman to get going.

Malan's unbeaten 62, aided by 31 from Tim Murtagh, saw the hosts to 225-9 at stumps in the first match between these two sides in the top flight since 2005.

Jade Dernbach (3-33) led the way for Surrey with the ball.

"Middlesex fought back from a difficult position to end the day slightly the happier of the two teams.

"Having lost six wickets for 63 runs, the hosts could have collapsed to a disastrously low total, but Dawid Malan batted with patience and was rewarded with an unbeaten half-century.

"Surrey's bowling improved dramatically after lunch to take five wickets in the afternoon session, but they will be disappointed not to have finished it off in the evening.

"The visitors' batsmen must now be wary of a top-order collapse of their own first thing in the morning."