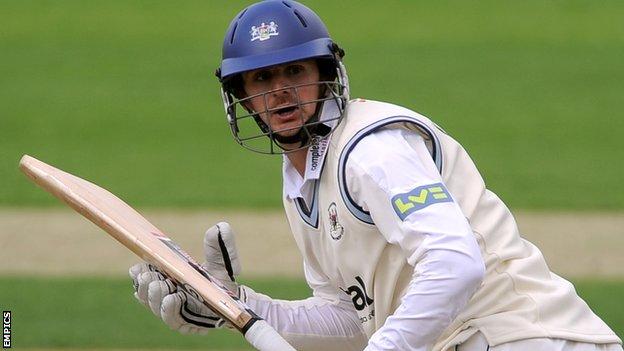 Gloucetershire captain Alex Gidman says his side can learn from their heavy defeat to start the new season.

They began their County Championship campaign last week by losing to Essex by an innings and 38 runs.

"There's some good sides who we are going to come up against. It was a pretty harsh lesson but we took a huge amount from the game."

He continued: "They showed us the sort of things that we need to do to compete with these guys.

"There's a huge amount of information to take from it and hopefully in a few weeks we'll look back on it and realise it was a good thing."

Gloucestershire's second game of the season starts at Hampshire on Thursday and Gidman says developing partnerships with the bat is now their main focus.

Dan Housego (39) and Chris Dent (38) were the only players to reach over 20 runs in their first innings against Essex, while Ian Cockbain and Gidman's brother Will shared a sixth-wicket stand of 54 in the closing stages of the game.

"We had one or two good partnerships in the game but we need some bigger contributions to try and get some big partnerships together," he added.

"It's important not to isolate individuals. It's a team game and we've got to put some solid performances together.

"Everyone is trying to find their feet and once you get into game-mode it's very different. There's a lot more at stake and I think it will take a few games for individuals to get going.

"If you focus on doing things as a group, then quite often the individual performances take care of themselves."