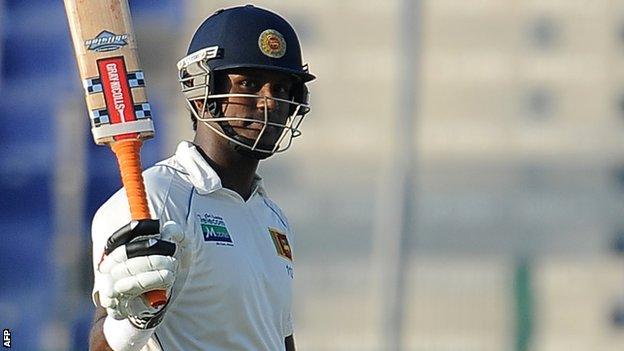 Sri Lanka all-rounder Angelo Mathews has returned from a calf injury for Tuesday's second and final Test against England but he cannot bowl.

The 24-year-old missed his nation's 75-run victory in the first game of the series but is now fit enough to replace Chamara Silva in the 14-man squad.

"Mathews is fit but he will not bowl," chief selector Ashantha de Mel said.

De Mel also said a groin strain had ruled out pacer Chanaka Welegedara, with Shaminda Eranga called up instead.

"Welegedera bowled with some discomfort during the Galle test and a scan revealed that he had strained his groin," De Mel added.

Mathews will compete for the number six batting spot with Dinesh Chandimal, who scored 27 and 31 in the Galle Test.

Even though 25-year-old right-arm fast bowler Eranga has made the list for the game in Colombo, de Mel said Dhammika Prasad was most likely to share the new ball with Suranga Lakmal.