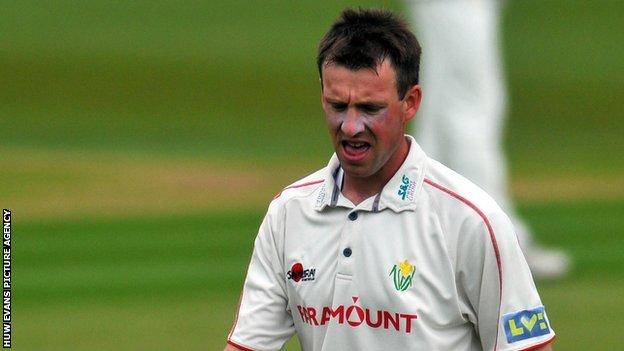 Glamorgan beat Oxford MCCU by 253 runs on the final afternoon at The Parks in their last pre-season match.

The students were bowled out for just 137 in their second innings with Dean Cosker taking four for 22.

That followed the first innings when Huw Waters and Jim Allenby helped to bowl out Oxford for only 123. Waters took four for 12 runs in an 18 overs.

Jim Allenby's three for one in 11 balls also contributed to Glamorgan's effort in the first innings.

Earlier in on day three Glamorgan declared their first innings on 167 for two with Nick James (83) and Stewart Walters (59no).

It gave the Welsh county an overall lead of 390.

On the opening day at The Parks, Mark Wallace hit a historic unbeaten 122 as Glamorgan declared on 367-7.

Wallace registered the earliest ton in any Glamorgan season, beating his own mark set when he hit 105 against Derbyshire on 18 April, 2004.

Another record fell earlier when Oxford undergraduate Sam Agarwal caught and bowled by Walters. That was the first first-class wicket taken in the United Kingdom in March.

Wallace raced to his 100 in impressive fashion from off 126 balls.