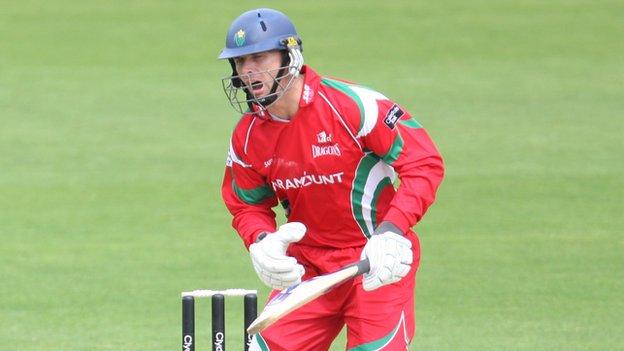 Opener Stewart Walters scored an unbeaten 144 as Glamorgan beat Kent by seven runs in a 40-over friendly at Canterbury.

Walters' opening partner Graham Wagg contributed a breezy 54 to the Welsh county's total of 266 for nine.

Michael O'Shea, Wagg and Dean Cosker all took two wickets each to restrict Kent to 259 all out with two balls to spare.

It was Glamorgan's second one-day victory in three outings.

They now have a two-day game against Kent at Canterbury starting on Wednesday before their three-day match against Oxford on 31 March.