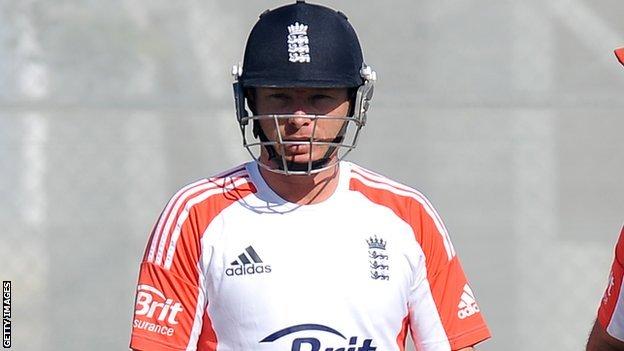 Ian Bell believes he and his fellow England batsmen have let the bowlers down too often in recent matches.

After bowling Sri Lanka out for 318, the top five scored just 93 between them, 52 of those coming from Bell.

"It's a real shame and it's not through lack of effort but it's disappointing not to back up our bowlers," said the middle-order batsman.

"We definitely let them down, no doubt. Our bowlers have been outstanding again for the fourth Test this winter."

After a disappointing winter so far, Bell top scored in the first innings, looking in good form as he hit eight fours and one six.

He eventually fell to spinner Rangana Herath, who finished with figures of 6 for 74.

"It's a long-term goal and it isn't going to just happen overnight.

"The score doesn't lie, to get bowled out again for under 200 isn't great, but as a unit we're working very hard.

"What we wanted to do was to give those bowlers a good rest.

"If you give them a day and a half relaxing they're going to come out (hard) again. In a way we let them down by not giving them that time."

The bowlers, who earlier put 80 runs onto the total, then struck again before the close of play leaving Sri Lanka 84 for 5.

Spin was again the winner as Graham Swann took four for 28 from just 12 overs.