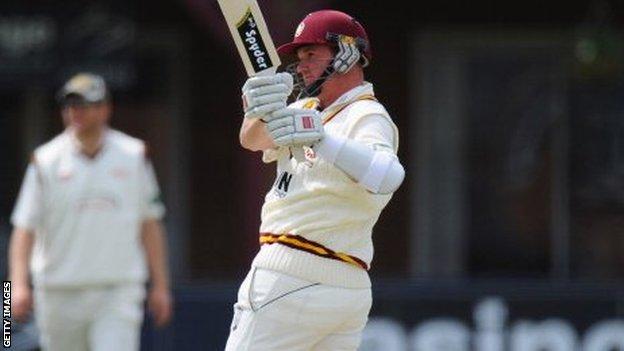 The 34-year-old batsman hit 59 from 87 balls as Taylor's XI beat Marshall's XI by four wickets with nine balls to spare in a 40-over inter-club match.

Youngster Zak Khawaja also impressed in the run-chase with an unbeaten 43 while Jack Brooks and Con De Lange picked up two wickets apiece.

Northants' next warm-up match is against Cambridge MCCU at Fenner's on Wednesday.