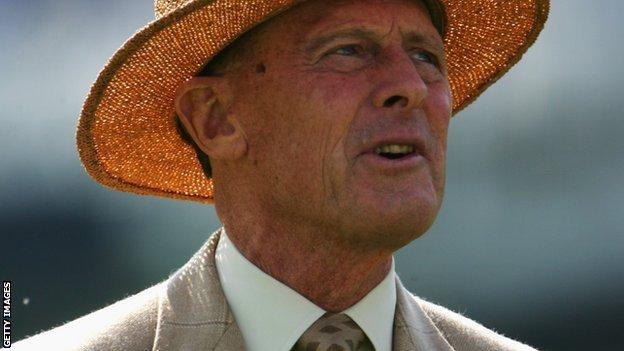 Geoffrey Boycott has been voted in as president of Yorkshire and immediately challenged the team to win promotion this season.

"The young players have to perform and some didn't last season," said Boycott.

Ex-England captain Michael Vaughan has also been co-opted on to the management board, while Joe Sayers has been made first-team vice-captain for this year.

Yorkshire were relegated from Division One of the LV County Championship last year and Boycott insisted an instant return to the top flight was the priority.

He added: "The only thing that really matters to the membership is that Yorkshire do well in Championship cricket.

"The team can play well in Twenty20 and 40-over cricket, but if they play badly in the Championship they let you down.

"We will celebrate our 150th anniversary in 2013 and in our anniversary year we should be striving to win the Championship. We can't do that in the Second Division - we need to get out of it.

"Some of the young players let themselves and the club down last season. That has to stop and they have to help us get promotion because Championship cricket is part of our heritage."

After their relegation last year, Yorkshire also appointed former Australian international fast bowler Jason Gillespie as their first-team coach and he will work under director of cricket Martyn Moxon.