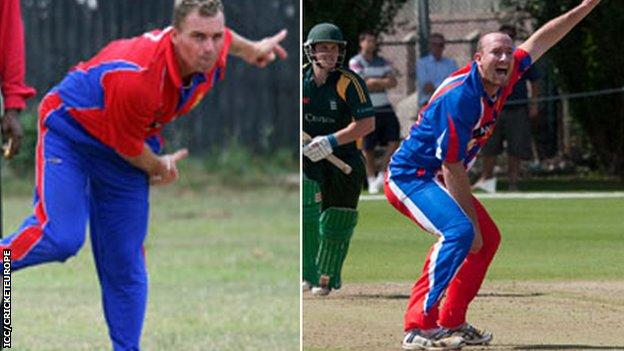 Veteran Jersey all-rounders Ryan Driver and Tony Carlyon have retired from the island's international side.

Former Worcestershire and Lancashire player Driver, 32, has played with the island side since moving to Jersey in 2005 and was captain from 2009-10.

Carlyon, 41, first retired from the island side in 2008, but made a comeback a year later.

The pair both played their last international match for Jersey in their T20 win over Guernsey last July.

Carlyon had been a feature in the island side for more than two decades as Jersey became an international cricketing nation and won associate member status from the ICC.

Batsman Ben Silva, who toured with Jersey to the World Cricket League Duivision Six tournament in Malaysia last year, has also announced his retirement from the island side.

Their decisions to retire come as Jersey selectors name a youthful squad for this summer's tours to Cornwall and France.